Coloured numbers on the 3D picture to represent the accociated vector in 4 to 13D space
*
Discs that both point the vector and directionals of the object on colour coded disks
*
Colour rendering encoded to associat the rainbow effects with 3D logic
*
Algebra of course can be used to sum the directions in a table :-)

The reasons for using these method's is that they are as close as 3D can show 4D etc while maintaining eyes meant to see in 3D.

Originally i just thought of using colour ranges to represent distance but it logically meant the picture was black and white. 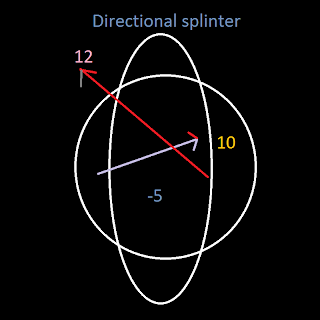 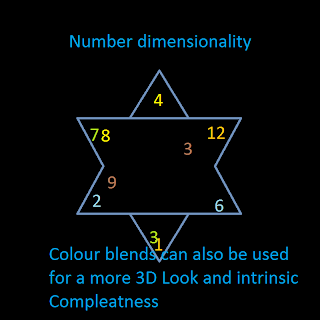