Accrued data from the Ligo data seems to prove that gravity waves bounce around the particulate mass of the universe..
because the point map of the wave in 3D provides the picture,
That the data is imprecise and appears refracted though masses..

We can infer that the wave bends within the frame work of gravity & mass...

What precisely that signal is bouncing off of is unclear at this point,
To me that is probably the density of sub and higher space.. and or potentially mass interaction..
Logically this means that mass is held within a 3/4 etcetera dimensional web (space time),(Space (3),Time 1²Variable,Energy 1²xD,Mass,Quantum Fluctuation,Polarisation(spin),.

Not only held by but logically placed within that web; Statically in point position within the web..
What i mean by this is that the points within the web,
Are of a specific length to the same mass and also flexible relative to mass,
Thusly could potentially relate to black holes being in time relative matrix.

Mass creating waves is found in a location within space-time & data from radio waves (Suffering distortion or direction shifting parameters; Would move subtly & also shift in value or direction; Elongate or shorten in bandwidth (possibly temporarily).

Any measurement we can think of for the effects that gravity waves have are problematic because the variable is believably small, However the small details matter.

Relating the speed of light in comparison to the speed of gravity waves,
Tell us about the observable density of space and also about what we would call relational strings in space time.

While we encounter many measurable energy patters within our reality; So many of them require considerable effort to understand & also to measure,
However thankfully we recorded in great details from the 1950's onward & in every direction.

Underground detectors are able to detect both energies & movement; Therefor we are able to examine many factors, Examples are : Gravity waves, Universe or galaxy motion in space time due to vibration or mass & movement, Light,Radio (The electromagnetic spectrum), Energy value.

The reality is experimentation costs are ever larger & budgets will have to match, However the rewards for the scientific work may include : saving lives, progress, space ships, better technology (as examples)

https://einsteinathome.org & https://setiathome.berkeley.edu  are involved in examining the data we collect.

Paper on examining spectral interference by gravity wave by E@H.

The radio wave spectrum of the data set Cas A, Vela Jr. and G347.3 searches can & will be examined for other properties of the radio search; Such as the emission spectrum of the stars & also the type of signals received..

Such as the modulation of the waves where such data as we all need about stars will be found.. If only to find data that avoids error in SETI or spectral analysis for contained matter.

For Example the wave bands of the 3 neutron stars are 90% match for one another at the level of the spectrum graph.

However there are a few differences between the stats of the stars.. Maybe accounting for mas/age content & energy values, We can compare the 3 in a matrix to find the variable examination compared to known size, Spin rate & other factors for further research on size and age variable data.

The relevance of integer floats is that we can do 2 things:Float on Integer instruction sets at half resolution 32Bit Int > 16Bit.16Bit > 24Bit.8Bit > 28Bit.4BitRemainder theorem is the capacity to convert back and forth with data.

The float is formed of 2 integers...

One being the integer and the remainder being the floating component....

integer A : Remainder B

= float C dislocating A and B by a certain number of places = a float that travels as the integer.

Not only that but the computation can be executed as an Integer or as a float or indeed with both.
Relevance is that on computers there are a lot of integer registers; Float also..
Also the data can be compressed in ram without using larger buffer widths.

In a single loop a multiply of a float point precision of under 1 for example 0.00001 requires that:

In other words : 2 storage values R remainder (the float component) & the number,
However multiplication of a float such as 0.01 is a division in one example & a multiply roll in another,

In all operations where division is banned we have to decide whether the operation is multiples or division of base value 10 or 1,10,100>,

Such an operation can be carried out by addition or subtraction or roll, Values such as 200* ,
Require multiple additions under the multiply is banned principle.

Multiple sets of memory arrays in a series parallel is the equivalent of multiplication through addition,

Subtraction through addition requires inverting the power phase of a single component array.

Thus we are able to addition and subtraction all sums ? traditional math solves have done this before,
Roll operations are our fast way to multiply;

However arrays of addition & subtraction are a (logical fast loop)..
Full Operation in a single cycle, Because there is no sideways roll.

However direct memory displacement between 010100 & 101000 can use a cache to displace a 1,
Such an arrangement such as a 4 digit displacement cache to roll the operation on memory transfer.

Having that cache further up the binary pipeline does reduce the number of roll cache modifier buffers that we need,

However the time we save & the time we lose & the CPU space we lose or gain.. depends specifically how limited the Roll Cache is.

Combat grace
the creation of ideal minds for sports and the energy combat gains from nature.
RS

In the photograph we can see two boxers training, We see potential action in the moment..

One would ask the community what would we do ourselves in combat?

As Children we may find experience though exploration and here we display the finest attribute of potential a man or woman express; The potential to adapt to the environment we live in.

Commonly we create the scenario in our minds, Here we do and doing so we progress in experience.
Training is like a dream that directs the future. 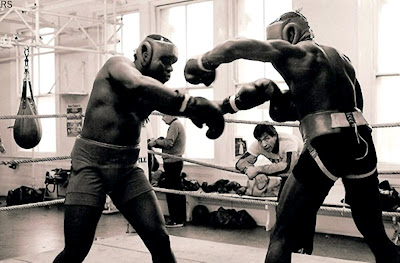 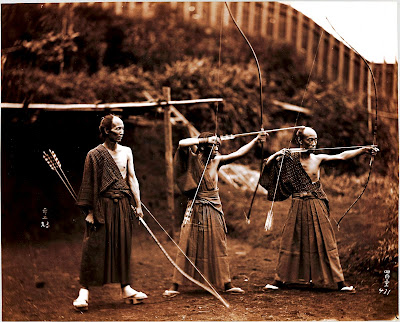 Creating a better virtualization header that is:
More efficient at isolating the contained OS with attributes in the OS's to contain secured data?
We find answers to improve efficiency and protect against VM>VM data transfer or to use this for a creative purpose!

"Thank you for googles firm responses to the bug, faith in google is high..
The micro code be updated to flush & or contain the the speculative data in a data-cycle secure storage,
Within the framework of cache and ram/virtual-ram?
cycle efficiency would be at most two cycles and a flush Xor bit data overlay,

Bit Masking before and after pre-fetch presents & also uses data - this method would be fast! (c)Rupert S"

"Obviously in light of buffer exploitation we would suggest that buffers after password entry are cleared, This is not the whole solution because the spy program could be resident..

Randomizing buffer allocation, Location and encryption algorithm is the most logical choice on hardware, However! how much effort must be made to protect buffers when an attack on them is predicable and logical? A lot we say.

Google systems have been updated for Meltdown bug https://security.googleblog.com/2018/01/todays-cpu-vulnerability-what-you-need.html

for other customers to day"


A detailed and interesting article with many details; Well written. (12 jan 2018)

AMD's concern for security lead them to make cache work differently right from the start; Where as Intel chose to pre-fetch kernel & secure data on the presumption that this could rarely be used.(this was published in the past we read about it.) RS

As we can see AMD has a security focus & did also in 2005 when pre-fetch method came up for debate.

"Details of a problem have been gradually emerging, People with AMD Athlon-powered computers say that following the installation of the patch, it is impossible to boot into Windows leaving a full re-installation as the only option -- although some users report that even this does not fix the problem. "

Athlon PC patch is being re engineered so that it works on windows 10 - not related to newer AMD chips:

***
Intel information with sub-tabs (of interest)

On the front of the kernel patch 4.4.0-108 (Ubuntu) bricking some older Athlon models apparently ...
4.4.0-109 is the fixed version; Further information would be useful but is currently too hush hush for full disclosure. - google 4.4.0-109 for more information.

on the GPU front we can see that since cache pre-fetch is the issue that all classes of GPU/CPU & other processor class with cache may well face issues.

Crypto Keys need replacing due to meltdown bug - after patching!
due to system compromise. (c)RS

As of 23/01/2018 Intel patch to CPU has as yet failed to be fully effective against system instability caused by unexpected side effects : https://www.cnet.com/news/intel-stops-some-chip-patches-unexpected-reboot-meltdown-spectre/

Looks like the Israeli company is asking us to suspect firmware ....
Frankly no #hardware could avoid #firmware issues!,
If AMD/INTEL is really being asked to call fake firmware an AMD & INTEL/GPU Manufacturers security flaw.. when this is in the BIOS & not randomly downloaded!

03/05/2018 - Apparently a new wave of specter variant bug's appear to be in the process of being patched - ARM & Intel as to others we know not at the moment!
250000$ reward on offer from Microsoft for flaw solution + security bug.


Windows 10 version 1803 is out now since the 30th April but you have to manually update though the update tool!
To get this super HDR version of windows with better hardware support, truly super !

How do we avoid the performance loss? Believable solve

Essentially we have to make speculative load cache private to the operating system at a minimum, essentially we can still use masked data load above the system but we need to verify the task ID and PID and where possible tab/Window or process ID.

Essentially we need to trim the dataset to the process in a tree ML.

Processor : Privileged execution by kernel : By application list & Privilege level in regard to the recurved data.


Update 14/05/2019 or later installed and all VM's need to be shutdown and restarted & updated according to Microsoft post.