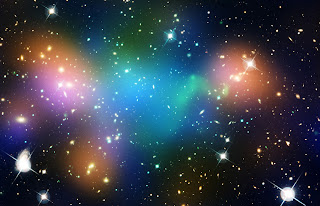 coloured like a rainbow
the heavens need no justification for their splendour :)

yes we can clearly look for planets in almost eny age of the universe...
and perhaps man like beings also... splattered across the sky like so many jelly fish..

when it comes down to the life time of the universe i would say it clearly grew fast !
as if it already had a definition , of course the definition of rules defines all that is splendid by those rules ...
and as can be seen in the sky the heavens had almost the same rules as we ourselves seem to live under,

What bigger promise than that that life seems to have been lived by our rules for almost 13Billion years...
the fact that most of the quantifiable resources to make our own planet have been discovered within the clusters ... solves the problem with the super nova's causing the production of heavy elements...
and yet being to far away to effectively deliver them in the time scale needed to fit in with a 13 billion year universe...

for the matter was gathered in clouds and formed pure stars and classical planets for,
our solar suit
our wagner
our suit of splendour that the days pass in milky white valium

that all the parts are made whole does not take proof of faith as the only reason to love her..
our cosmos is splendid and even those who hold no space for soul and magic must surly learn to appreciate a cosmos beautiful without any reason to justify it but that we are born in to it.
Posted by Red Helix at 3:29 PM